Register now as an exclusive partner

Not all DR solutions are equal

Learn how to select the right DR solution today

Each year, as the technology advances, renewable energy resources are getting easier to obtain, more efficient in production and more financially viable for both commercial and residential consumers.

The Western Australian Government have been running programs to promote the update and usage of renewable energy resources. Residential customers have had the benefit of subsidised solar panels and energy buy-back programs for a while. Businesses are also receiving similar incentives to increase the uptake of renewable energy, helping to reduce our carbon emissions.

There's a number of projects that are underway in Western Australia at the moment. Most recently, a $50bn hydrogen project, capable of generating up to 26GW from a combination of wind and solar sources, has been conditionally approved in the Pilbara region.

In addition to this, the Clean Energy Council reports that there have been 2 projects commissioned to date in 2020, consisting of a 100mw Solar Farm in Merredin and a 7mw Solar Station on a mine site, approximately 360km south east of Kalgoorlie.

Further to this, there are at least 10 more large scale projects that are scheduled to commence construction this year. The size of these projects vary from a 9.5MW Wind Farm in Eneabba, all the way up to a 210mw Wind Farm located in Dandaragan.

These projects, along with completed projects over the last couple of years, means that Western Australia hit a very admirable milestone with renewable resources. At 11:30am on November 30, 2019, 51% of total system demand was supplied by variable renewable energy. Another notable point was that on Sunday, October 13th 2019, the lowest operational demand ever recorded was 1159MW for the state grid. This was due to a combination of renewable energy supplies being pushed back into the grid, along with lower demand for that day.

How does WA compare to the rest of Australia?

Until recently, Western Australia has lagged behind the other states when it comes to renewable energy resources. Reports have shown that, whilst approximately only 10% of the Australian population lives in WA, around 17% of Australia's carbon emissions come from here. In 2019, the Western Australian Government stated that they have an 'aspirational target' to provide guidance to the energy industry. That target is 0%. Whilst that target seems unattainable today, we can see that there is definite movement towards reducing our emissions and increasing our renewable energy resources.

Contact us today to find out what advantages there are to your business when you switch to virtualised desktops.

Our own renewable projects

DC Two is proud to support, and rely on, the state's renewable energy resources for our DC Modular edge data centres. We will be deploying several units soon through-out Western Australia. Our current projects are destined for Collie (Solar Power) and a private location in the states Mid-West (Wind Power).

Our modular data centres harness the excess green energy from existing solar, wind, biogas and other renewable energy sources. This will enable us to provide our clients with globally competitive power rates and lower cost services.

Our modular data centres will enable remote communities, healthcare and mining operations to manage their data more efficiently by providing a cost-effective, transportable solution scalable to suit any size. 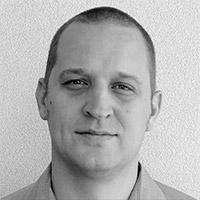 Paradigm Technologies has been working with John and the team at DC Two for the past 2 years. They have been instrumental in allowing us to establish 'cloud' offerings for our clients. We now have a number of customers whose core data and server infrastructure is located on the DC Two platform.

The simple and competitive pricing model they use makes quoting and billing a breeze. Nothing is too much trouble for them and no matter the problem or requirement, DC Two will find a way.